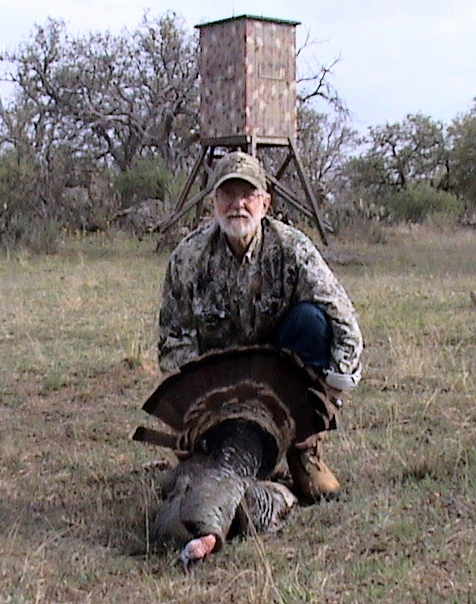 I started hunting with my father when I was about six years old.  I would accompany him duck and goose hunting on the Mississippi River in Southeast Missouri.  I would carry my trusty red Ryder BB gun and shoot at the Canada Geese as he would call them in.  At about eight years old, I harvested my first Canada Goose with a 410 shotgun on a sand bar in the river.  Over the years we hunted bob white quail, mallard ducks and Canada geese.

After high school, I attended college for a year and then joined the Air Force.  In the air force I completed several electronics and guided missile courses.  For a couple years I flew in B-26’s and launched airborne drones.

After four years in the air force, I returned to Missouri and worked for McDonnell –Douglas (Boeing) Aircraft. During this time I also attended Washington University and The University of Missouri graduating with a degree majoring in math and business.

I then returned to southeast Missouri and worked as an engineer for Noranda Aluminum.

During these years I continued to hunt every opportunity I could. Primarily, hunting ducks and geese in rice fields, flooded timber and grain fields along the Mississippi River.  I also became a partner in a commercial goose hunting club in Southern Illinois guiding hunting clients.

All of this led to my joining Ducks Unlimited.  I served in various positions over 20 years  including the position of  State Chairman for Missouri.

During this time I started carving custom wooden duck and goose decoys.  This eventually led to my present interest of construction of game calls.  In 1991, while hunting with Terry Drury of Drury Outdoors, I harvested my first wild turkey.  That first kill fired a passion for turkey hunting that has lasted until today.

In 2001, I took early retirement, my wife and I moved to Humble, Texas to be closer to our children and grandchildren who all live in Texas.  I am still active in local chapters of Ducks Unlimited and The National Wild Turkey Federation.

I started making custom turkey calls about nine years ago and progressed into making duck, goose, crow and deer calls over the years.